The NHL is back in action today as the Vancouver Canucks will clash with the Vegas Golden Knights.
Vegas took game four of this series by a 5-3 score and they now lead the series 3-1. In their first series, the Golden Knights took out the Blackhawks in five games. Vancouver made it past the first round by surprising the Blues in six games.

The Canucks were not the greatest during the regular part of the season. However, since the restart they managed to eliminate the Wild in 4 games. And then went on to shock St Louis Blues in six games of the quarterfinal round. The Blues were the Stanley Cup Champions last year so that was a shocking win for the Canucks. However, they are facing a dominant Vegas team that showed their quality as they lead the series 3-1 after 4 games.

On the offensive side of the game, the Canucks are scoring an average of 3.78 goals per game over their next nine games.
However, they are not scoring enough in this series and therefore they need to improve on that front. 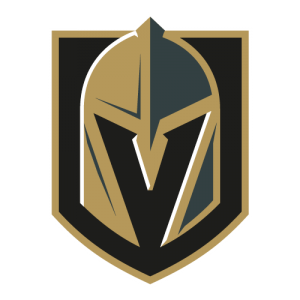 The Golden Knights are a team that is considered as the favourite to win this series. Moreover, they are the team that is tipped that will go all the way and win the Stanley Cup this season.
Vegas went a perfect 3-0 in round-robin play and then they took out the Blackhawks in five games. They now are looking to do the same to the Canucks as Vegas enters this game with a 3-1 series lead.
Furthermore, the Golden Knights have a scoring record of  45-29 in their 12 postseason games so far and they are 12-2 in their last 14 games, dating back to the regular season. This is a team that is quality and there is more to come from them.

Prediction
The Canucks managed to surprise many as they eliminated the Wild and the Champions from the previous season. However, they were unable to maintain that form in this series against Vegas. The Golden Knights have been in commanding form and I expect them to wrap up the series.