The NHL is back in action today as the St. Louis Blues will clash with the Vancouver Canucks at the Rogers Arena in Vancouver, BC.
The Blues are heading into this game after a 4-3 win in the game against the Wild.
On the other side, the Canucks won against the Sharks in their last game with a score of 5-2. 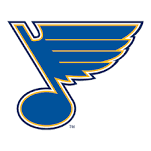 The Blues are one of the teams that had an average start of the season. Maybe the reason was that they still hangover from the previous season as they won their first-ever Stanley Cup.
However, this a good team now and they managed to consolidate their form. Now, this St. Louis team is on a 4 wins run. Also, they have 6 wins in their last 7 NHL games. And, the Blues will now aim to maintain their winning momentum in the game against the Canucks. They are in great form and they are favourites in this game.

The Canucks are heading into this game after a solid win against the Sharks with a score of 5-2.
Moreover, this is an improved team this season and their record so far stands at 9-5 for the year. Also, they are placed on the 2nd spot in the Pacific Division. This is a remarkable result considering the fact that the Canucks were poor in the last 2-3 seasons. Also, it seems that their main strength is their home offensive game as the score an average of 5.40 goals per game in the Rogers Arena.

Prediction
The Blues were able to stabilize their form and now they are winning games. They are good team and they have a good chance to actually defend their title. However, we cannot underestimate the progress that the Canucks have made so far this season. From one of the worst teams in the league, they moved to be one of the top NHL sides this season. Also, they have been in commanding form at home as their record stands at 4-1 in Rogers Arena. Also, their offensive game is pretty good at home. Therefore, I take the Canucks to win this game.