The NHL brings more action today as the San Jose Sharks will clash with the Chicago Blackhawks in the Windy City. The Sharks are heading into this game after a 4-3 defeat on the road by Colorado in their last contest Sunday night. And on the other side, Chicago was blanked 2-0 at home by St. Louis in their previous contest on Sunday night. 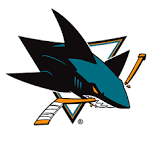 The Sharks are heading into this game after an unlucky defeat in the game against the Avalanche.
Moreover, they have lost their last three games in a row. And this bad run came as a surprise as they were an on three wins run before the latest defeats. Therefore, the Sharks entered Tuesday seventh in the Pacific Division, 16 points behind the Flames for the final guaranteed playoff spot and 23 back of Vegas for the division lead.  As for the Western Conference playoff picture, the Sharks trailed the Wild by 14 points for the second wild-card spot. 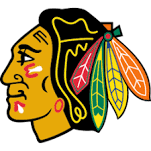 The Blackhawks are heading into this contest after a home loss in the game against the Blues. Moreover, that was their second defeat in a row. However, before these two losses the team had a solid run of 4 wins in a row.
Therefore, the Blackhawks are in the basement in the Central Division standings entering Tuesday, 12 points behind the Stars for the final guaranteed playoff spot. Also, they are 22 points back of the division-leading Blues. As for the wild card race, the Blackhawks are seven points behind the Wild for the second wild-card spot.

Prediction
It seems that both sides are on the outside looking in at the playoff picture. However, the Blackhawks are in better shape than the Sharks at this stage of things. Also, the Blackhawks have some effective forwards led by Patrick Kane and Jonathan Toews. Therefore, I expect that this duo will lead the way and help Chicago earn the home win here.