The NHL is back in action today as the Philadelphia Flyers will clash with the New York Islanders in the Barclays Center in Brooklyn, New York. The Flyers were the better team last year as they won three of the four games against the Islander. 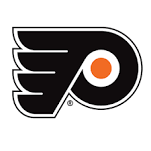 The Flyers did not have a good start of the season. However, this is a good team and they managed to turn the tide lately. Moreover, they have now won their last three games in a row. And the Blue Jackets were the latest victim. Also, it is important to emphasize that their offensive game is improving as they scored 25 goals in those 5 wins this season. The Flyers are on the 6th spot in the Metropolitan Division heading into this game.

The Islanders did not a good start of the season either. However, it is important to emphasize that they have improved since. Moreover, they managed to win their last 6 games in a row. It seems that their defence is strong now as they allowed two goals in eight of their 10 games so far. This team has great potential this season and can be the dark horse in the playoff race.

Prediction
The Flyers have been playing well lately and they are on a good run. And on the other side, the Islanders are also playing well and are on a good run as well. However, my pick here in New York as they have better defensive structure at the moment. Also, they are playing at home and that will give them the edge in this game.
Take the Islanders to win this game.