The Wild is another team that has defensive issues this season. Moreover, their season so far is not good as they lost their last 4 games. However, this team managed to get their first win of the season as they beat the Senators in Ottawa. Therefore, the winning momentum is back in their camp.

But it seems that their main problem is that their defensive play is not good enough this season. However, they showed great defensive discipline as they kept e clean sheet against the Senators in their last game. 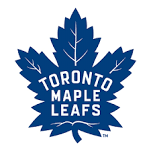 The Maple Leafs had a hard time in their last three games as they ended on the losing side. However, the team managed to took down the Red Wings in the Motor City to get back on the winning ways.  Now this team will aim to start a winning run and to improve their record in this early stage of the season.
Also, they spread the goals between Ilya Mikheyev, Nick Shore and Alexander Kerfoot in their last game against the Red Wings. Additionally, Frederik Andersen made 26 saves in the win.

Prediction
The Wild managed to beat the Senators in their last game. But they did not have enough time to rest and recharge for this game. And that is something that can be a big advantage for the Maple Leafs.
On the other side, Toronto managed to pull a strong win in the Motor City. And now I expect them to win at home as well.