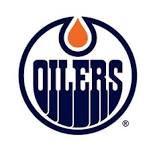 The Canucks are a good team this season. However, they fell short in the game against Pittsburgh. Also, the Canucks entered Saturday night fifth in the Pacific Division, two points behind Vegas for the final guaranteed playoff spot in the division. Also, they are seven points behind Edmonton for the division lead.
At the time of writing, the Canucks have a 4-2 lead of the Oilers and they can close the gap for the top spot.

Prediction
The Oilers are a good team this season. Also, they have shown some offensive potential in the games so far. However, the Canucks are the better all-round team. They are playing at home at Rogers Place. Therefore, I expect a win for Vancouver in this Western Canada derby game.