The NHL is back in action today as the Detroit Red Wings will clash with the Boston Bruins.
Detroit suffered a 4-1 on the road by New Jersey in their previous contest Thursday night.  And on the other side, Boston picked up a 4-1 home victory over Montreal on Wednesday night in their previous game. 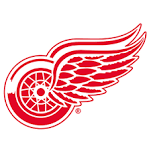 The Red Wings are heading into this game after a disappointing defeat in the game against the Devils.
Moreover, this team is not having a good time this season as they are on the bottom of the Atlantic Division with 36 points behind the Maple Leafs for a direct playoff spot. Additionally, Detroit stands 39 points behind the Flyers for the second wild-card spot.

The Bruins are heading into this game after a solid win in the game against the Canadiens. Moreover, Boston is one of the top teams in the league and they are in a tight race for the summit of the Atlantic Division. The Bruins have a one-game advantage over the Lightning. The Bruins are one of the main candidates to win the Stanley Cup this season.

Prediction
The Red Wings are in a crisis at the moment. Moreover, their game does not show any promise for improvement. As for Boston, they are in commanding form. Also, they have the winning momentum and the quality is on their side. Therefore, take the Bruins to win this one as well.