The NHL is back on the schedule today as the Arizona Coyotes will clash with the Winnipeg Jets.
Arizona was defeat 3-2 game in the last game against the Avalanche in overtime on the road Saturday night. Winnipeg also lost 7-2 wipeout at the hands of the Penguins on Sunday night in their last contest. The Jets won two of the three meetings between the teams last season, including a 4-2 road win in their last meeting on April 6, 2019. 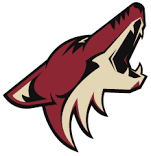 The Coyotes are a team that did not have their luck on their side in their last game. Moreover, they lost 3-2 in overtime. However, they did showed some good performances and they will hope to build on that. But it will be very hard as their offensive performances are the worst in the NHL so far this season. Yet, on a positive note, Arizona is the best defensive team in the league so far this year.  Also, they have Antti Raanta in form as he made 29 saves for the Coyotes in the loss, 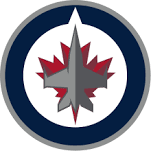 Prediction
The Coyotes are a good defensive team and that is the only quality that they have at the moment.
On the other side, the Jets are the team that played well before the hammering from the Penguins the other day.
I expect that Winnipeg will bounce back from that disappointment and win this game against Arizona.