The NFL preseason action is back on Friday evening as the Tampa Bay Buccaneers travel to Heinz Field, Pittsburgh, Pennsylvania to clash with the Pittsburgh Steelers in the first game for both teams. 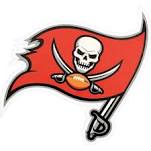 The Buccaneers were one of the worst teams in the league. Moreover, they finished last in the NFC South with a 5-11 record. Also, it seems that this season they might be struggling again as they did not get the much-needed defensive reinforcements. However, on a positive note, they managed to get the former Arizona Cardinals’ head man as their head coach. Therefore, there are some high expectations from the Buccaneers fans base from their new coaching team. Also, they used six of their eight draft picks on defence and they are hoping that LB Devin White, who was the 5th overall pick will have a strong and swift impact from the start.

Last season the, the Bucs finished 27th in the league in yards allowed and 31st in points allowed at 29.0 points per game. 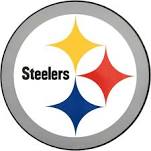 The Steelers had a turbulent season last year. However, it seems that Pittsburgh will start this season with positive vibes as John Gruden and Le’Veon Bell have both left the team.
Also, the good thing is that the Steelers managed to keep a hold on Ben Roethlisberger. This is a good team and they have one of the best offensive potentials in the league. Therefore, I expect a stronger push for a playoff spot from the Steelers this season.

Last season the defence for the Steelers was 6th in total yards allowed and 16th in points allowed, giving up 22.5 points per game.

Prediction
I expect a Steelers win in this one. They have better offensive firepower and there is a good positive vibe around the team this season. Moreover, Tampa Bay is still in a transition process and it will take them some time to get adapt to the new coaching team. Therefore, take the Steelers to win this game.