The NFL preseason is back in action on Thursday evening and the Denver Broncos will clash with the Seattle Seahawks at CenturyLink Field in Seattle, Washington.
The Broncos played in the Hall Of Fame game and they beat the Falcons by a score of 14-10.
On the other side, this will be Seattle’s first preseason game of the year. 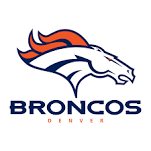 The Broncos are a team that is showing some offensive improvement in the preseason. Moreover, in their last Hall of Fame played against the Falcons, they won with a score of 14-10. And that win came with just 188 yards of total offence. They scored in the first quarter to make it 7-0 on a three-yard run by Khalfani Muhammad. Also, Denver showed some resilience 4th quarter and got 15 yards to pass from Brett Rypien to Juwann Winfree with just 1:26 left in the game and to celebrate a win.

Last year, the Broncos were 22nd in the league and yards allowed at 365 yards per game. Also, they were  13th in points allowed at 21.8 ppg. And in the preseason so far, their defence looked very solid as they allowed just  261 yards of total offence in the contest. 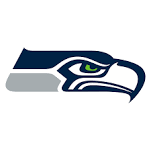 The Seahawks were very unlucky last season as they had a narrow miss for a wildcard spot. Seattle managed to finish 2nd in the NFC West, but they lost by two points in the wild card round of the playoffs to the Dallas Cowboys. However, they are a good team and there is more to come from them this season. Getting into the playoff for them this season is something that is achievable. However, that task will not be easy for Seattle as the Rams are still the best team in the division.

Last season, Seattle running game was at 154.9 yards per game.  Chris Carson was their main offensive weapon as he led the team with 1151 yards and nine TDs and behind an offensive line that has added Mike Iupati, he should have another big year. Nevertheless, this team has a lot potential and it will be interesting to see how they will fare against the Rams this season.

Prediction
In the preseason anything is possible.
Denver is improving offensively as we are nearing the start of the season. On the other side, Seattle is still looking for form. I expect another win for Denver in this game.