The NCAAF is back in action on Saturday as the Virginia Cavaliers will clash with the Notre Dame Fighting Irish at Foreman Field at Notre Dame Stadium in South Bend, Indiana. These teams last faced each other back in 2015 and the Irish won that game on the road by a score of 34-27. 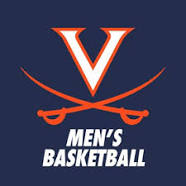 The Cavaliers are an improved team this season. Moreover, they have14 starters back from last year. They have beaten Pitt and Florida State within the ACC. Additionally, their other two wins were against an FCS team and Old Dominion. Also, this Virginia team has the 14th defensive record in the league with 263.8 yards per game allowed so far. Additionally, the Cavaliers have now allowed teams to rush for just 2.17 yards per attempt this year. And that gave opposing teams to connect only 32.2% of their 3rd downs. According to many pundits, that could be key against the Fighting Irish.

On the offensive side of the game, the Cavaliers is 96th in the nation in total offence at 370 yards per game and 41st in scoring at 35.2 points per game.

Notre Dame is at 2-1 for the year. However, they suffered a defeat in the game against the Georgia Bulldogs. But despite losing the game, the Irish may not be out of the playoff picture. To be more specific, they still have a chance to run the table and could get in as a one-loss team. The potential is there and this team can challenge the big boys in the NCAAF.  Also, Tony Jones Jr. leads the team in rushing, but with just 148 yards so far, while Ian book is 2nd with 145 yards.

Their defensive record is solid so far as they are 60th in yards allowed and 29th in points allowed, giving up just 18 points per game. They will not be facing a good offensive team in this one.

Prediction
The Cavaliers are a good team and have a good chance this season. Also, their defensive game is really good and that may be the key in this game. On the other side, the Fighting Irish are a solid underdog team. And the team has the potential to beat the big guns. However, Virginia is the better team here and their defence is their main advantage. Take the Cavaliers in this one.