CHARLOTTE, NORTH CAROLINA - DECEMBER 27: Chris Paul #3 and Shai Gilgeous-Alexander #2 of the Oklahoma City Thunder react after a big play late in the fourth quarter during their game against the Charlotte Hornets at the Spectrum Center on December 27, 2019 in Charlotte, North Carolina. NOTE TO USER: User expressly acknowledges and agrees that, by downloading and/or using this photograph, user is consenting to the terms and conditions of the Getty Images License Agreement. (Photo by Jacob Kupferman/Getty Images)

The NBA is back in action tonight as the San Antonio Spurs will clash with Oklahoma City Thunder.
The Spurs are heading into this game after a 120-127 defeat in their last game against the Nuggets.
And on the other side, Oklahoma City was edged 112-111 at home Sunday afternoon against Boston in their previous contest. 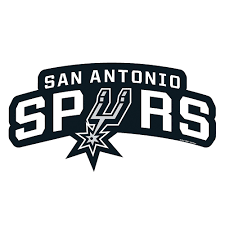 The Spurs suffered a defeat in their last game against the Nuggets away even though they played well.
Moreover, the team is placed on the fourth spot in the Southwest Division, 10.5 games behind the Rockets for the top spot. As for the Western Conference playoff picture, San Antonio is 10th, 4.5 games behind the Grizzlies for the final playoff spot.

On the offensive side of the game, the Spurs are 9th with 113.1 points per game. Also, they have an average of 45.2 boards per game combined with 24.4 dimes per night. Additionally, they have the 21st defensive record with 114.4 conceded points per night. 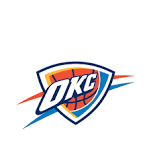 The Thunder were on a good run with 4 wins in a row. Also, they had a solid record of 9 wins in their last 10 games before the defeat in Boston. And now, the  Thunder are third in the Northwest Division, five games behind the Nuggets for the top spot. As for the Western Conference playoff picture, the team stands sixth, eight games behind the Lakers for the top spot and 7.5 games ahead of ninth-place Portland.

On the offensive side of the game, the Thunder score an average of 110.5 points per game. And that is the 18th record in the league. Also,  Oklahoma City has 43.3 boards combined with 22 dimes per game. The Thunder stands is 10th in the league in scoring defence by allowing 107.7 points per contest.

Prediction
The Spurs are not playing well on their road trips lately. And it seems that they have a broad spectrum of problems playing away this season. As for the Thunder, it is safe to say that they have been strong at their home wood. They are also more rested as they did not have to travel for their last game. Therefore, take the Thunder in this one.

My Free Pick & Prediction for San Antonio Spurs vs. Oklahoma City Thunder 02/11/2020 is: take the Oklahoma City Thunder (Moneyline).
Enjoy today’s free pick and (hopefully) another winner! Please note that the prediction you see above is my own personal opinion only. It is not a prediction from The Whale or any of the professional handicappers from Whale Sports. If you are looking to get today’s premium picks from The Sports Betting Whale himself who has won tens of millions of dollars from betting on sports, or from any of the professional handicappers from Whale Sports, all you have to do is click here to lock in your VIP access to The Whale Picks.