The Knicks are one of the worst teams in the league. Moreover, they even suffered a surprising defeat in the game against the Hornets in their last game. And now they are in the basement of the Atlantic Division, 24.5 games behind the Raptors. As for the Eastern Conference playoff picture, the team is 13th, eight games behind Orlando for the final playoff spot. As for their away record, New York is 9-20 on the road entering Wednesday’s contest. In those games, they average 105.1 points per game while allowing 113.4 points a night. 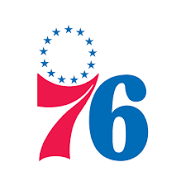 The 76ers also suffered a defeat in their last game which was against Cleveland. However, this Philadelphia team is not bad this season as they are 3rd in the Atlantic Division, six games behind the Raptors. As for the Eastern Conference playoff picture, the team stands fifth, 14 games behind the top-seeded Bucks. Philadelphia has a commanding form at home with a record of 27-2 at home this season.

Prediction
The Knicks are not playing well. Also, the expectation was they will win against the Hornets at home. However, that did not happen as they were thrashed in that game as well. And now, they are facing the 3rd strongest defence in the league away. Therefore, I expect a win for the 76ers in this one.