The NBA is back on the sports schedule as Minnesota Timberwolves will clash with Toronto Raptors at the Scotiabank Arena in Toronto, Ontario.
The Timberwolves are heading into this game after a 142-115 win against the Clippers at home Saturday night in their last game. And on the other side, Toronto edged Brooklyn 119-118 at home in the second game of a back to back set on Saturday night. 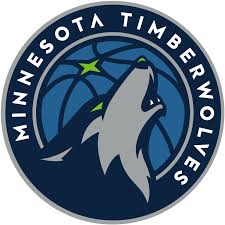 The Timberwolves are heading into this game after a home defeat in the game against the Clippers. However, their form is not good enough as they lost 4 of their last 5 games. Moreover, the team is on the last spot of the Northwest Division, 20 games behind the Jazz. As for the Western Conference playoff picture, Minnesota stood 14th with 9.5 games behind the Grizzlies for the final playoff spot. Nevertheless, this team showed a good performance in their last game and that can have a galvanizing effect on their team moral. And it will be interesting to see how the new players will fit into the team.

On the offensive side of the game, the Timberwolves score an average of 112.2 points per game. And that is the 14th record in the league in scoring. Also, the team has an average of 45/7 boards per game combined with 23.7 assists per night. Additionally, their defensive record stands at 115.5 conceded points per night. Therefore, that record is enough for the 27th defensive record in the NBA this season.

The Raptors are one of the best teams in the league this season. Moreover, they have been playing some great basketball lately. Also, they are on a winning run of 14 wins in a row, including a win over the Nets at home Saturday night. And now, the Raptors have a two-game lead in the Atlantic Division over Boston. As for the Eastern Conference playoff picture, the team is second in the race, 6.5 games behind the Bucks for the top spot.

Prediction
The Timberwolves added some good players in the team. And that had a good effect as they ended their run of 13 defeats in a row. However, they managed to win at home. On the other side, the Raptors are dominating teams. Also, the champions have 14 wins in a row and they play really well. Therefore, I expect that the Raptors will add their 15th win in a row. Take Toronto in this one.

My Free Pick & Prediction for Minnesota Timberwolves vs. Toronto Raptors 02/10/2020 is: take the Toronto Raptors (Moneyline).
Enjoy today’s free pick and (hopefully) another winner! Please note that the prediction you see above is my own personal opinion only. It is not a prediction from The Whale or any of the professional handicappers from Whale Sports. If you are looking to get today’s premium picks from The Sports Betting Whale himself who has won tens of millions of dollars from betting on sports, or from any of the professional handicappers from Whale Sports, all you have to do is click here to lock in your VIP access to The Whale Picks.