PHOENIX, AZ - OCTOBER 05: Damian Lillard #0 (R) of the Portland Trail Blazers talks with CJ McCollum #3 and Jusuf Nurkic #27 during the first half of the NBA preseason game against the Phoenix Suns at Talking Stick Resort Arena on October 5, 2018 in Phoenix, Arizona. NOTE TO USER: User expressly acknowledges and agrees that, by downloading and or using this photograph, User is consenting to the terms and conditions of the Getty Images License Agreement. (Photo by Christian Petersen/Getty Images)

The NBA is back on the schedule today as the Memphis Grizzlies will clash with the Portland Trail Blazers.  Memphis earned their spot in the play-in game as they dropped the Bucks 119-106 as the home team on Thursday afternoon in their final seeding game. And on the other side, Portland booked their spot to the play-in game as they dropped Brooklyn 134-133 in their final seeding game Thursday night. 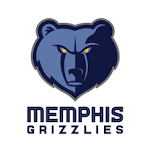 The Grizzlies are a team that has a good chance to take part of the playoffs. However, that was not easy to achieve as their form since the restart has been inconsistent. Memphis came into the bubble with a 3.5-game lead for the final playoff spot in the Western Conference but struggled down the stretch. Yet, they showed their potential as won over the Bucks in order to punch their ticket to the play-in game but after going 2-6 in the bubble, they need to beat Portland twice in order to earn the final playoff spot in the West. But they will be facing a strong team as the Trail Blazers are having a good season. 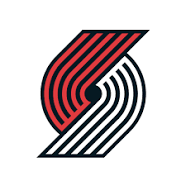 The Trail Blazers have been solid since the restart. Moreover, they went 6-2 in the bubble to earn the eighth spot in the Western Conference. Although they went right down to the wire to edge Brooklyn and clinch that spot. Therefore, the Trail Blazers will only have to beat Memphis once in order to advance to face the Lakers while the Grizzlies would have to beat them in two straight games. So, it is safe to say that they have an advantage in this clash.

Prediction
This will be an interesting game as both teams have the winning momentum on their side. However, it is important to emphasize that Memphis beat a significantly weakened Milwaukee team. Also, the Trail Blazers are one of the best offensive teams in the league this season. Therefore, I expect a win for Portland in this game.