The NBA is back on the schedule as the Los Angeles Clippers will clash with their local rivals, Los Angeles Lakers at the Staples Center.
The Lakers are heading into this game after a 113-103 home win over the league-leading Bucks as a 1.5-point favourite Friday night. And on the other side, the Clippers earned a 120-105 road win over the Rockets Thursday night as a one-point favourite on the road. 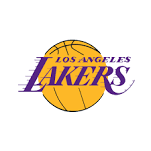 The Lakers are a strong team this season. Moreover, they have shown their quality as they took down the league-leading Bucks at home for a third straight win. And now, the Lakers enter this game leading the Pacific Division by 5.5 games over the Clippers. As for the Western Conference playoff picture, the team holds that 5.5-game lead over the Clippers as well. L.A is a strong team this season and with players such as Anthony Davis and LeBron, the team has a great chance to win the championship.

On the offensive side of the game, the Lakers scored an average of 114.6 points per game which is the 7th scoring record this season. Also, they have 46.2 boards combined with 26 assists per game. The Lakers are 4th in the league in scoring defence as they concede 107 points per night. Anthony Davis has the team-high with 26.6 points per night. 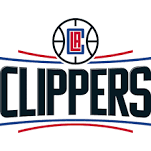 The Clippers are also a team that is the mix of candidates for the championship. Moreover, their recent record stands at 6 wins in a row. Therefore, L.A is 2nd in the Pacific Division, 5.5 games behind the Lakers for the top spot. As for the Western Conference playoff picture, the team is second, 5.5 games behind Los Angeles for the conference lead. This is a strong team and they have a strong chance this season. Especially because they have Kawhi Leonard as he leads the Clippers with 25 points, six rebounds and five assists on average per night.

On the offensive side of the game, the Clippers score an average of 116.2 points per game. And that is the 4th best record in scoring in the league. Also, LA has 48 boards per game combined with 24 per contest. As for the defence, they are 13th in scoring defence by allowing 109.7 points per game.

Prediction
The Lakers showed some commanding performance against the Bucks but the fact remains that James and Davis combined for 67 of their 113 points in the win. Therefore, it is safe to say that the team is very dependent on this duo. As for the Clippers, they have a better and more versatile rotation with plenty of players that can step up and contribute with clutch plays on either end of the floor. Also, they are on a good run with 6 wins in a row and. So I expect another win for them against their local rivals.