The NBA is back in action today as the Golden State Warriors will clash with the Boston Celtics.
The Warriors are heading into this game after a 115-104 on the road Tuesday night by Philadelphia in their last contest. Boston picked up a 109-101 road win over Miami Tuesday night in their previous action. 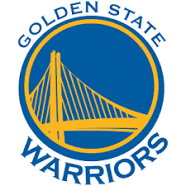 The Warriors are heading into this game after a defeat against the 76ers on the road. Moreover, they are in the basement of the Pacific Division, with 27 games behind the Lakers for the top spot. As for the Western Conference playoff picture, the team is on the last spot with 13.5 games behind the Grizzlies for the final playoff spot.

On the offensive side of the game, the Warriors score an average of 105.7 points per game which is the 26th scoring record in the league. Also, Golden State has 43.9 boards per game combined with 24.8 per contest. Additionally, the Warriors are 22nd  in scoring defence by allowing 114.3 points per game.

The Celtics are one of the better teams in the Eastern Conference this season. Also, they scored a great road win over the Heat. And now, the Celtics are placed on the second spot in the Atlantic Division, with 1.5 games behind the Raptors for the top spot. Also, in the Eastern Conference playoff picture, the is 4th with 9.5 games behind Milwaukee for the top spot. Gordon Hayward is playing well and he also led the Celtics with 29 points in the win over the Heat.

On the offensive side of the game, the Celtics score an average of 112.2 points per game which is the 13th scoring record in the league. Boston has 45.5 boards per game combined with 23.5 per contest. The Celtics are 3rd  in scoring defence by allowing  105.5 points per game.

Prediction
The Warriors are the worst team in the Western Conference this season. And it seems that their season will not get better. On the other side, the Celtics are playing well and they showed that in their latest win over the Heat.
Therefore, take a routine win for Boston in this game.