The Pistons are heading after a solid win. Moreover, they managed to get back to winning ways as they were beat the Nets in their last game. This win is especially impressive as the team was without their talisman Griffin. He remains out with knee and hamstring injuries.
However, the had the in-form Andre Drummond as he led the team with 25 points, 20 rebounds and 6 assists. 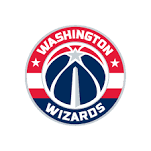 The Wizards suffered a defeat in the game against the Timberwolves. Moreover, that was their 3rd defeat in a row and now they will bounce back in this game. This is a team that is not playing well at the moment and the Pistons might be a chance for them to get a win after a long time. On a positive side, they have the in-form Bradley Beal as he led the team with 30 points in the loss against Minnesota.

On the offensive side of the game, the Wizards score an average of 117.2 points per game which is the 6th spot in the league in scoring. Also, they have 42.8 boards per contest and they are dishing out 25.8 assists per contest. But the Wizards have been poor defensively as they are ranking 28th in the league in scoring defence.  They are conceding an average of 121.4 points per game.

Prediction
The Wizards are in poor form at the moment. Moreover, there have no signs that they can bounce back in this game.
On the other side, the Pistons played well in the game against the Nets. They are in a better form and the winning momentum is on their side. Therefore, I expect another win for the Pistons in this game.