The NBA is back on the betting schedule as the Dallas Mavericks will once again clash with Minnesota Timberwolves. Dallas suffered a 126-118 road loss to Miami in their previous game as a 2.5-point underdog Friday night. And on the other side, Minnesota lost 136-125 on the road by Orlando as an eight-point favourite in their last contest 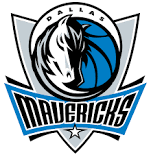 The Mavericks are a good team this year. However, their form is not consistent as they have 3 wins and 3 defeats in their last 6 games. Especially, the defeat in the game against the Hawks was disappointing. However, the bounced back and beat the Timberwolves and now they will be facing them again. nd now the Mavericks are second in the Southwest Division, two games behind the Rockets for the top spot. As for the Western Conference playoff picture, the team is seventh in the Western Conference, 9.5 games behind the Lakers for the top spot.

The Timberwolves suffered a defeat in the game against the Magic in their last game. Moreover, it is safe to say that they do not have a good season so far. Therefore, the Timberwolves are in the basement of the Northwest Division, 21 games behind the Nuggets for the top spot. As for the Western Conference playoff picture, the team is 14th with 11 games behind the Grizzlies for the final playoff spot. The only positive was their game against the Heat where they managed to win. Also, they have been scoring more points lately.

Prediction
Both teams have a good chance of winning this game. The Timberwolves are improving offensively and that is something to consider when placing bets on them. However, Dallas just won against them at home and the Mavericks away record is actually better. Also, Dallas has Doncic back in the team, therefore I expect a win for the Mavericks in this one.