The NBA is back in action today as the Chicago Bulls will clash with Indiana Pacers.
The Bulls are heading into this game after a 112-106 home win over Detroit Pistons.
And on the other side, the Pacers were the better team in the game against Cleveland with a score of 102-95. 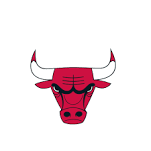 The Bulls went through a bad patch as they suffered three defeats in a row. However, they managed to turn the tide in their last game as they beat the Pistons at home on Friday night. Now, this team will aim to keep the winning momentum as they are on the road against Indiana.
Also, they will rely on Zach LaVine as he led the team in their last win with 26 points.

The Pacers had a bad start of the season as they lost their first three games. However, this team managed to turn the tide as they won their last two NBA game.
Also, their performances against Cleveland was really good and they showed their talent.
Malcolm Brogdon led Indiana with 25 points, eight rebounds and six assists in the win. This is a good that had a bad start of the season.

Prediction
The Pacers are on a good run of two wins in a row. Also, they will be without Turner and Sabonis. On the other side, the Bulls have won their last game but I think that defensively they are not there yet.
I will take Indiana in this one simply because they are the better defending team, they are on a good run and they play in front of their fans.