The NBA is back in action today as the Brooklyn Nets will clash with the Philadelphia 76ers.
The Nets were in action at home against the Jazz on Tuesday night and they lost the game with a score of 117-109. And on the other side, Philadelphia dropped their second straight game as they lost 101-95 on the road to the Pacers Monday night.

The Nets are heading into this game after a defeat at home in the game against the Jazz.
Moreover, this season they are not playing well even at their home ground. Therefore, the  Nets are placed on the 4th in the Atlantic Division with nine games behind the Celtics. As for the Eastern Conference playoff, Brooklyn is on the final playoff spot by 5.5 games over Charlotte, Chicago and Detroit. Their away record is 7-12 on the road this season. 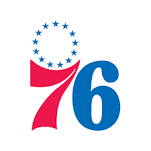 The 76ers are also struggling lately. Moreover, their away form is probably their main problem. Also, the loss in the game against the Pacers just confirmed that fact. Now the 76ers are 3rd in the Atlantic Division, 3.5 games behind the Celtics. As for the Eastern Conference playoff picture, Philadelphia is 6th with 10 games behind the Bucks for the top spot in the standings.

Prediction
Both teams are struggling lately, but it seems that the Nets are in a worse position.
The 76ers also catch a Brooklyn team playing the second game of a back to back and their third game in four nights here. Also, the 76ers are strong at home. Therefore, I expect a win for Philadelphia.