The NBA season is back on the schedule and tonight there will be an interesting game between the Atlanta Hawks and Detroit Pistons in the Motor City. 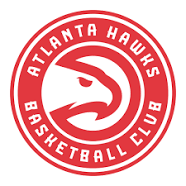 The Hawks are aiming to have a better season this time around. Moreover, this team will aim to improve as they finished on the 12th spot in the Eastern Conference. Also, their record was 29-53 for the season. Additionally, the team was 12 games behind the Pistons for the final playoff spot.
Therefore, the team got some reinforcements this year as Evan Turner, Allen Crabbe, Jabari Parker joined in the summer. Furthermore, they managed to get the draft picks Cam Reddish, De’Andre Hunter and Bruno Fernando. And these players are the future of this team. 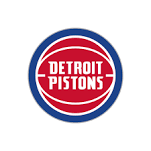 The Pistons played on Wednesday and they beat the Pacers with a score of 119-110. Detroit was without Blake Griffin in that game and he will not be able to play until the beginning of November because of a knee injury.
Detroit had a good home record of 26-15 at home last season. They had an average of 108.7 points per contest while allowing 106.1 points per game. This is a big season for them as they aim to build on last season progress.

Prediction
Both teams will aim to have a strong start in this early stage of the season. The Pistons managed to get a good win against the Pacers and that will give them a boost in this game. However, they will be without Griffin and he is their main weapon. On the other side, the Hawks are rested and with the new faces in the team, they have a good chance in this game. Therefore, I will take Atlanta to win this one in a very tight contest.