The MLB brings more action at the start of this month as the San Diego Padres will clash with the Los Angeles Dodgers at Dodger Stadium in Los Angeles, California in game two of a four-game series.

The Padres have been an average team this season. Moreover, they are now just 6.5 out of the nd wildcard slot. And although they lost some key players, they still have Manny Machado and Hunter Renfroe, who leads the team in homers with 29. However, this Padres team is not playing well at the moment. To be more specific, they lost 4 of their last 6 MLB games. It seems that their offence needs to be improved and their pitching is letting them down as well. 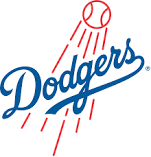 The Dodgers are one of the best team in the league this season. Moreover, they have a great record at home that stands at 40-14 so far this season.
They will look to keep playing well at home in this four-game set with the Padres. Also, they will aim to maintain the winning momentum as it will give them a head start in the playoffs.

Prediction
The Padres have a decent chance in this game since the Dodgers have nothing to play for. However, I believe that Los Angeles will aim to maintain their winning momentum heading into the playoffs. Therefore, my pick for this game is a solid Dodgers win.