The MLB brings more action today as the Philadelphia Phillies will clash with the San Diego Padres.
This is the final game of their three-game set at the Petco Park in San Diego, California.

The Phillies are going through a challenging period as their form is not that good at the moment. Moreover, before the game on Tuesday, they had lost their last 5 games in a row. However, this is still a good team as they are still on the top of the NL East over the Braves but with just 0.5 game lead.
Also, Aaron Nola will need to improve as he allowed sic ERs on eight hits and three walks during the first loss of these series.

On the offensive side of the game, the Phillies score an average of 4.82 runs per game which is the 16th best record in the league in scoring. Their hitting is at .242 and 69 homers so far in total. On the mound, they have been above average as they come placed on the 12th spot in the league in ERA at 4.23, while also being 21st in WHIP at 1.38 and 16th in Ks with 512. 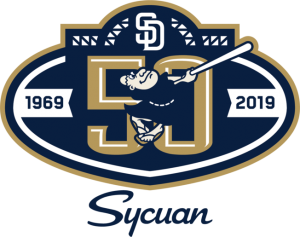 The Padres are a good team this season. However, the reality is that the Dodgers are always dominating the NL West year in, year out. Also, the Rockies are in the mix for a playoff spot and that is probably the main concern for the Padres this season. But they are just 1.5 games behind the Rockies. Therefore, the Padres have a good chance reach the playoffs this season.

Prediction
The Padres are playing well this season. However, I expect that the Phillies will be the better team this season. Moreover, their offensive game and their pitching have good potential for improvement, even though they have been solid so far this season. Also, the Padres offensive is not good enough at the moment. Therefore, take the Phillies in this one.