The Predators are one of the better teams in the NHL in the past few years. Moreover, they showed their talent and quality in the last game against the Capitals. However, this game will their first one away from home this season and it will be interesting to see how they will do. But the winning momentum is on their side and they are heading into this game as favourites. 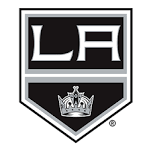 The Kings had some mixed luck at this early stage of the season. Moreover, they were playing through Western Canada and they lost in the last game against the Canucks. The Kings now get to play at home for the first time all season here. Furthermore, the core of the team will be built around Sean Walker, Anze Kopitar and Jonathan Quick.

On the offensive side of the game, the Kings score an average of 3.67 goals per game which is the 10th record in the league in scoring. The Kings are on the bottom in goals against as they allow 5.67 goals per contest this year.

Prediction
The Kings are having issues with their defensive strategy. Moreover, they have the worst defensive record in the league so far. On the other side, the Predators are a classic of the NHL. Moreover, they have been playing well since the start of the season and I believe that this will their first away win this season.