The MLB is back in action today as the Kansas City Royals will clash with the Miami Marlins in n Miami, Florida. The Royals won game one by a score of 3-0.

The Royals are heading into this game after a solid win of 3-0 in the previous game against Miami.
However, the Royals are still one of the worst team in the league. But they have been playing well lately as they come in having won five of their last six games. The Royals are just looking to finish the season on a positive note and build confidence for next year. KC is now 23-46 on the road for the year. 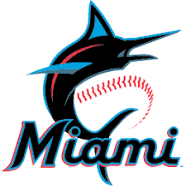 The Marlins are not having a great season either. Moreover, they are the  National League. Miami did just take two of three in Pittsburgh, but then they came home and lost 3-0 to one of the worst teams in the American League. Also, it seems that this a lost season for the Marlins and they will be looking for next year in order to improve.  The Fish are now at 28-44 heer at home for the year.

Prediction
The Royals are the better team at the moment and they showed that in the first game. Moreover, they have now won 5 of their last 6 games. Therefore, it is safe to say that they are favourites going into this game. Take the Royals to win that one.