The MLB is back in action today as the Detroit Tigers will clash with the Houston Astros.
This is game three of a four-game series from minute Maid Park in Houston, Texas. The Astros have won the first two games of this series.

The Tigers are not playing well at the moment. Moreover, they lost their last four games in a row and they currently have the worst record in the league.  It seems that their offence is a big problem this season and that has cost them throughout the year. Additionally, their pitching was been inconsistent as well. Therefore, this is another lost season for the Tigers. 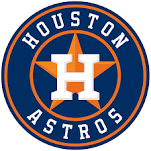 The Astros have suffered lately as their recent record stands at 4-6. Also, they have only 1 win in their last 6 away games.  But, despite their recent struggles on the trip, the Astros were still able to maintain their healthy lead in the American League West. They enter this contest with an 8.0 game lead over the A’s. Huston is a strong team and they will have an important role in the World Series this season.

Prediction
The Astros are the better team and they need to win this game as well. Also, they were dominant in the first two games and I expect to see more of the same. On the other side, the Tigers are not playing well and are the worst team in the league this season. Therefore, I take the Astros to win this one easily.