The MLB is back in action today as the Boston Red Sox will clash with the San Diego Padres at Petco Park in San Diego California, This will be game one of a three-game series. 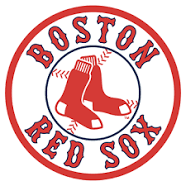 The Padres are one of the most inconsistent teams this season. Moreover, this is another season in which San Diego will not take part in the postseason. Yet, the expectations were high before the start of the season. Also, the team hoped that the new signings such as Manny Machado will have a greater impact. Nevertheless, the Padres are a young team and there is more to come from them in the near future.

Prediction
The Padres are out of contention for a playoff spot and their current record is not good at the moment. On the other side, the Red Sox have no choice expect winning these games against San Diego. If they want to catch up in the race for a wildcard slot, they need to win these games against the Padres.