The MLB is back in action today as the Boston Red Sox invade Citizens Bank Park in Philadelphia, PA to clash with the Philadelphia Phillies in game one of a two-game series. The Phillies took two from Boston earlier in the year. 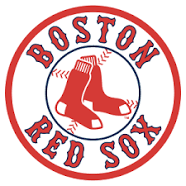 The Red Sox are not laying well at the moment. Moreover, it seems they are falling out of the playoff race in the American League. Therefore, it seems that they will not be able to defend their title this year.
The Red Sox will hope that their offence keeps going in this series as well try to play spoiler as the Phils are still alive for a playoff spot. The Red Sox are a good team but they just not performed well this season.

The Phillies are in a complex position at the moment. The Phillies are not out of the race, but they are also not in the position that they were expecting to be in at the start of the year. They are now 2.5 games out of the 2nd wildcard in the National League. Therefore, this series is very important to them. They need to win in order to keep the pace for a playoff spot. Also, their schedule is series against Atlanta at home, Cleveland and Washington away.

Prediction
This will be interesting game as the Red Sox will try to win this game to complicate the things for the Phillies. However, they might not have enough quality for that at the moment. On the other side, the Phillies need to keep winning if they want to get into the playoffs this season. I expect a win for the Phillies in this one.