The MLB is back in action today as the Baltimore Orioles will clash with the Los Angeles Angels.
This is the final game of a four-game series. The Orioles took the first two games of this series. 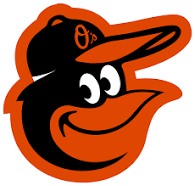 The Orioles are one of the worst teams in the league this season. Moreover, it seems that their pitching has been poor and their offence has not shown some significant results either. However, the Orioles have won the first two games of this series and they have scored 19 runs in the two games. Furthermore, their current form is on the up as they have won 6 of their last 9 MLB games. This team is showing some potential and it will be interesting to see if they can manage to maintain this strong pace.

The Angels have been playing well at this period of the season. However, it seems that they are suffering in the games against the Orioles as they lost the last two games against them.
The Angels are back in the playoff spot, so losing games to the Orioles is not an option for them. Also, the Angels will enter their game on Saturday with 12 games out of first in the American League West. Nevertheless, they are just 4.5 games away from a playoff position and they have a good chance to get into the postseason.

Prediction
The Orioles managed to win the first two games and they are on a good run at the moment. That gives them confidence heading into this game. However, the Angeles are in the race for a playoff spot and they need to win this game. They cannot afford three defeats in a row from a team like the Orioles. Therefore, I expect a win for the Angels in this one.