The MLB is back in action today as the Arizona Diamondbacks will clash with the Texas Rangers.
Arizona closed a four-game series on the road with the Padres as they lost 6-2.  Texas dropped two of three to Colorado at home in their first series in their new ballpark as they were defeated 5-2 in the rubber game Sunday.

The Diamondbacks lost their last game against the Padres. Moreover, their had some serious challenges during this series. Therefore, the end result for them was 3 defeats and only 1 win. They are not having the greatest start of the season. Yet, they showed in the game on Sunday that their bats are good at times. Therefore, they were the key behind their late comeback in the game on Sunday.

Merrill Kelly is getting the nod for the Diamondbacks in what will be his season debut. Last season, he managed to get a total of  32 starts last season as a rookie,. And his record was 13-14 with a 4.42 ERA, a 1.315 WHIP, 57 walks and 158 strikeouts over 183.1 innings of work. Also, this will his first career start against the Rangers in this, his 33rd major league start. 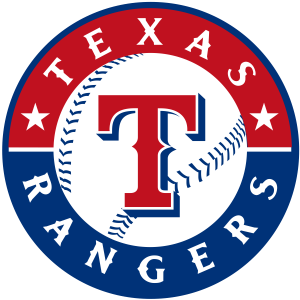 The Rangers had their own fair share of offensive struggles. That was there to be seen in the games against the Rockies. Especially, during the finale of the series on Sunday. Therefore, this is an opportunity for the Rangers to pick up their first win of the game. On a positive side, Texas had a 2-0 lead in the last game which gave them an early confidence. However, they were knocked down as they conceded three runs in the fourth to fall behind and never got back in the game.

Kyle Gibson will also make his debut in this after playing at the Twins for the past seven seasons.
During his time there last season, Gibson mafe a total of 34 appearence including 29 starts and his record was  13-7 with a 4.84 ERA, a 1.444 WHIP, 56 walks and 160 strikeouts over 160 innings of work. He will be pitching at the Globe Life Field for the first time.

Prediciton
Arizona had a hard in the games against the Padres. They also played on Monday and then they flew on Monday night. Therefore, the fatigue may play a role in their performances on the day. The Arizona are playing in front of their own fans, but I believe that the Rangers are sliglthy better at this point of the season. Take Texas to win this one.