The new year started and so the World’s oldest cup competition is back on the schedule. The record 13th-time winners Arsenal will host the top team from the Championship Leeds United. The Gunners are heading into this game after a great win in the game against Manchester United with a score of 2-0.
On the other side, Leeds United draw their last game against West Brom. with a score 1-1.

The Gunners have been playing well in the last three games. Since Arteta took over, the team looks more solid and their pressing has been top class. Also, they showed that newfound unity as they dominated the Red Devils at the Emirates. However, it is expected that head coach Arteta will start this game with a combined team. Therefore, the likes of Joe Willock, Saka, Nelson, Smith-Rowe and Martinelli might be in the starting line. The Gunners have the quality to beat any opponent and their youth has been showing some good performances this season. 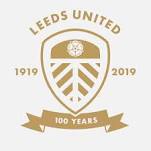 The Peacocks are on the right track to be promoted in the Premier League after many years of being in the Championship. Moreover, they have been dominant in the Championship so far this season. And it is not a coincidence that they are on the top spot in the league. Also, they showed their quality in the last game against their direct rivals West Bromwich Albion as they earned a point at the Hawthorns.
It seems that Leeds United expect that they have a good chance in this game. Especially after the statements of Alioski about underestimated Arsenal, the expectation is they will try and win in this game.

Prediction
Both teams will have a go and will try to win this game. Leeds United will play with their first team and they will try to hit Arsenal on the counter-attack.
However, the Arsenal is playing at the Emirates and they have a good winning momentum after a commanding display against the Red Devils. Also, most of their youngsters looked solid this season. Therefore, I expect another win for Arteta’s side. Take Arsenal in this one.

My Free Pick & Prediction for Arsenal vs. Leeds United on 1/6/2020 is: take the Arsenal (Moneyline)