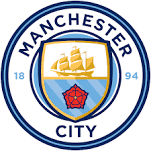 The Citizens are not having a good season. Moreover, they are out of the title race as they are 25 points behind Liverpool for the summit for the league. And although they are 2nd in the EPL, it seems that their problems just started. The team was banned from the UEFA competitions for two years and it is question mark how that will affect the team. Furthermore, after this ban, the speculation of Pep leaving the club is increasing. However, Man. City is one of the best team in the league. And with players such as Kun Aguero, Sane, David Silva and Gabriel Jesus, the team has more than enough firepower to beat the Hammers.

On the offensive side of the game, the Citizens scored 69 goals in the league. And that is the best scoring record so far this season.
As for their defence, the team conceded 29 goals in the league so far. Therefore, their goals difference stands at 36. 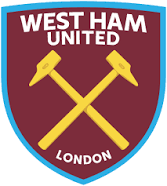 The Hammers are not having a good season. Moreover, the Londoners needed to make a change at the helm as they brought back David Moyes. However, the Scottish tactician has plenty of work on his hands as the team is placed on the 18th spot in the league. They are two points behind the 17th placed Aston Villa. Additionally, the Hammers have no win in their last 5 games.
Therefore, West Ham desperately needs the points from this game to get out of the relegation zone.

On the offensive side of the game, the Hammers scored 30 goals so far this season.
As for their defensive record, the Londoners conceded 41 goals per game this season. Therefore, the team has a negative goal difference of -13.

Prediction
Man.City is going through a bad period. They are 25 points behind Liverpool and the title is out of their reach. And fighting for the 2nd spot that brings a direct Champions League qualification might be futile as the ban is on their heads. However, they are the better team and they should beat a West Ham team that has not won a game in their last 5 EPL encounters. Take Man. City to win this one.