The EPL is back in action this weekend and one of the exciting games is at Goodison Park where Everton will host Brighton.
The Toffees are heading into this game after a defeat in the FA Cup clash against Liverpool.
And on the other side, the Seagals also suffered a defeat in the FA Cup in the game against Sheffield Wednesday. 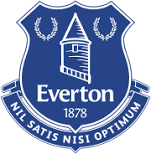 The Toffees are having a bad season. Moreover, their bad results in the first part of the season resulted with the sack of their head coach Marco Silva. However, the Merseyside team managed to secure the signing of the Carlo Ancelotti. And it seems that the legendary Italian manager has a plan for this team. His immediate impact came as they secured back to back wins against Burnley and Newcastle. Yet, their defeat against a young Liverpool side in the FA Cup came as a shock to their fans. Now, they will need to bounce back from that defeat from their local arch-rivals.

On the offensive side of the game, Everton scored 24 goals in the league so far.
As for their defensive record, their back four conceded 32 goals so far this season. Therefore, they have a negative -8 goal difference. 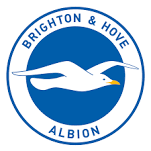 The Seagals are in a relegation battle. Moreover, their current form is great at the moment. They have only 1 win in their last 5 games. Therefore, they are placed on the 14th spot on the table with a total of 24 points.
However, they showed some positives in the game against Chelsea at home as they hold Lampard’s team to a 1-1 draw.

On the offensive side of the game, Brighton scored 25 goals so far this season. Also, they conceded 29 goals so far. Therefore, they have a negative record of -4 goals at this point of the season.

Prediction
Everton suffered a hard to take defeat in the game against their arch-rivals Liverpool. Also, it seems that this game was an eye-opener for Carlo Ancelotti. The Italian tactician will probably have to get some new signings in the January transfer window. However, they still have enough firepower and quality to beat a struggling Brighton team. Take an Everton win in this one.