The English Premier League brings more action on the weekend. And our pick for Saturday is the London derby between Chelsea and Tottenham.
The Blues are heading into this game after a disappointing home defeat in the game against their rivals Man. Utd with a score of 0-2. And on the other side, Spurs managed to sneak a late 3-2 win in the away game against Aston Villa. 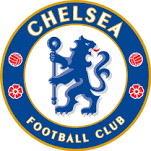 The Blues are playing with a lot of young and upcoming players this season. Moreover, the team is in a tight race for the 4th spot that will secure a Champions League spot. However, the Londoners suffered a blow as they lost a home game against Man. Utd. Yet, Lampard team showed some character and resilience. And without the VAR controversy, Chelsea could have got something out of this game.

The Blues scored  43 goals so far this season. Also, the team conceded 36 goals in the Premier League so far. Therefore, their goal difference stands at 7 at this point of the season.

The Spurs are going through an injury crisis. Moreover, the team is will miss their two talisman players Harry Kane and Son. And that seems to be a big problem for Jose Mourinho’s team as they could not score in their defeat in the Champions League against RB Leipzig. Therefore, the experienced Portuguese tactician will need to find another way in order to improve the offensive side of the game. Also, the 57 years old coach will be extra motivated to beat his old team as he lost the first encounter against them this season.

Tottenham scored 43 goals so far this season. Also, the Spurs conceded 34 goals this season. Therefore, their goal difference stands at 9 at this point of the season.

Prediction
Both sides chase a Champions League spot. Tottenham lost their last game in the CL against the RB Leipzig at home. And on the other side, the Blues suffered a bad defeat at home. Therefore, they will aim to get back to winning ways in front of their home fans at Stamford Bridge. Also, they will have an extra edge as Tammy Abraham and Loftus-Cheek will return for this game. On the other side, the Spurs lack firepower at front. That is why I expect a Chelsea win in this game.

My Free Pick & Prediction for Chelsea vs. Tottenham Hotspur 02/22/2020 is: take Chelsea (Moneyline).