As we go into deep into the football, hockey, and basketball seasons, I am now seeing much clearer formations of patterns. It’s the time of the year that’s ripe for a monster takeoff. I truly believe that I’m right on the verge of what could be a record hot streak.

But don’t just take my words for it. You should never judge a sports handicapper based on his words alone. Action speaks louder than words. Instead of just hearing about me talking about my winning streaks, I would much rather show you. So let me show you actual proof of my $81,000 winning streak. You’re about to see on the screen right now my entire 10-day winning run where I started with just $5,600 in my pockets on the 1st of December, and ended up walking away with $81,146.51 as of yesterday.

The next day on December 5th didn’t work out too well. I wagered with just $1,200 and ended up losing everything. No sweat. $1,200 is just small change compared to the nearly $40,000 I’ve already won in the previous 4 days. After losing on December 5th, I laid off on the action for several days to wait for the patterns to form again. 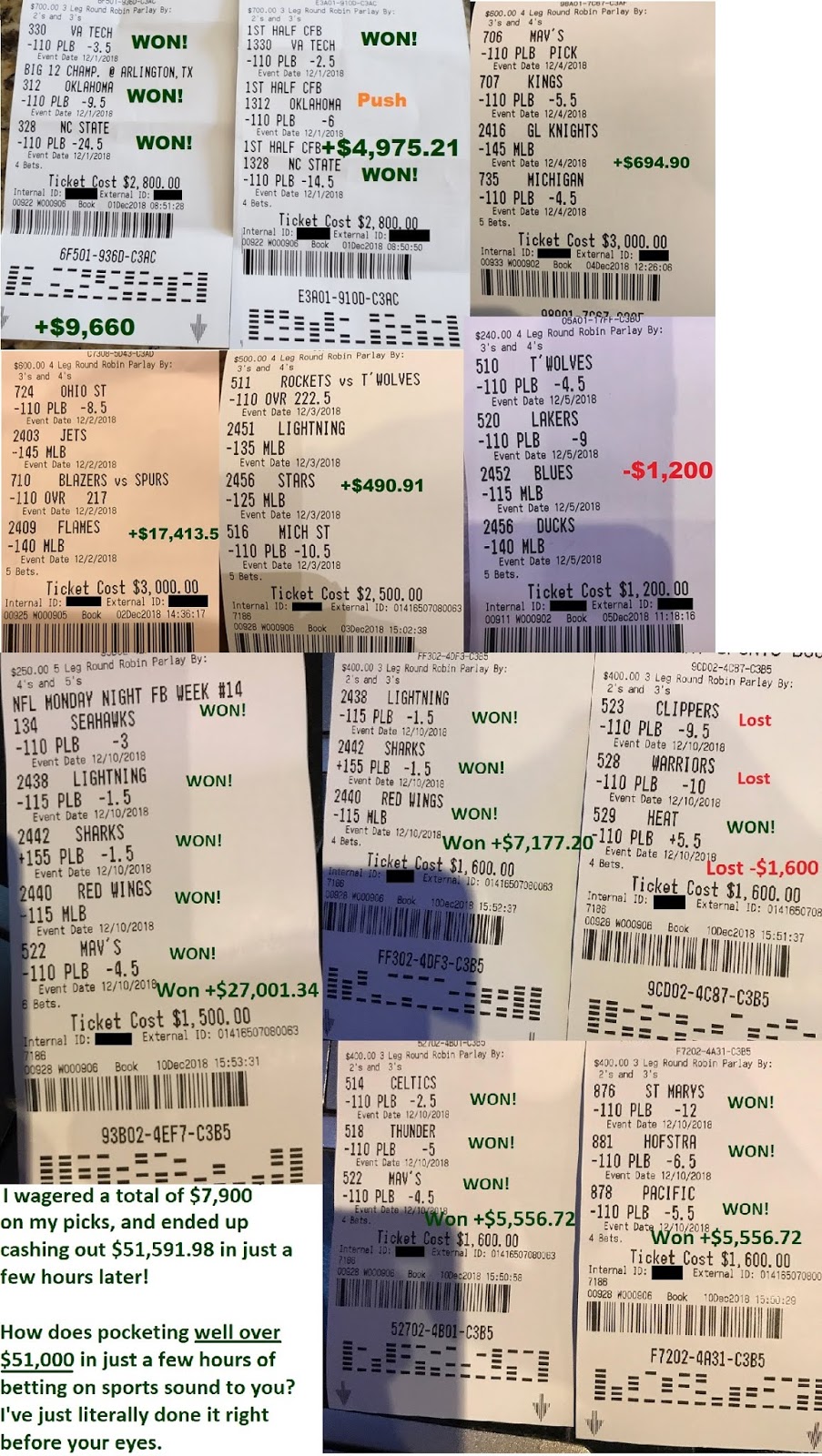 Am I done yet? No way! Hear this out: I am not satisfied until I show you a multi-million dollar winning streak. I feel very good about pulling off a million-dollar winning streak soon. Again, don’t just take my words for it. Judge me based on my action. Today, I am going to bet a total of between $15,000 to $20,000 on my picks. So if I cannot help you win today, that’s how much money I could be out.

Ask yourself this: why on earth would I be willing to bet $15,000 to $20,000 of my own money on the line today on these picks? Common sense will tell you that I wouldn’t be doing this unless I feel very strongly that I’m going to win.

Just imagine that. How nice that would be for me to show you that it’s possible to start with $5,000, and end up walking away with hundreds of thousands or over a million dollars – all from betting on sports!